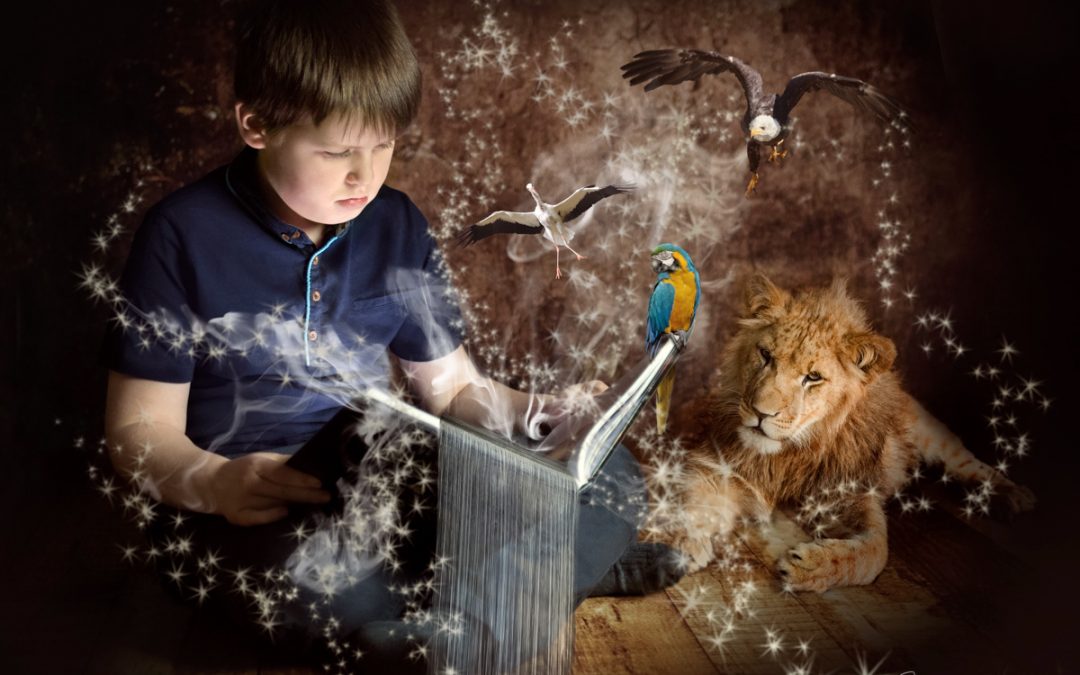 In my digital art photography, (an example of which can be seen above in my image “The Magic of Books”) I frequently use images I have taken of animals in my composite pieces, it therefore seemed like a good idea to help to raise awareness about wildlife conservation through my blog, and write about the animal I use in a particular image. 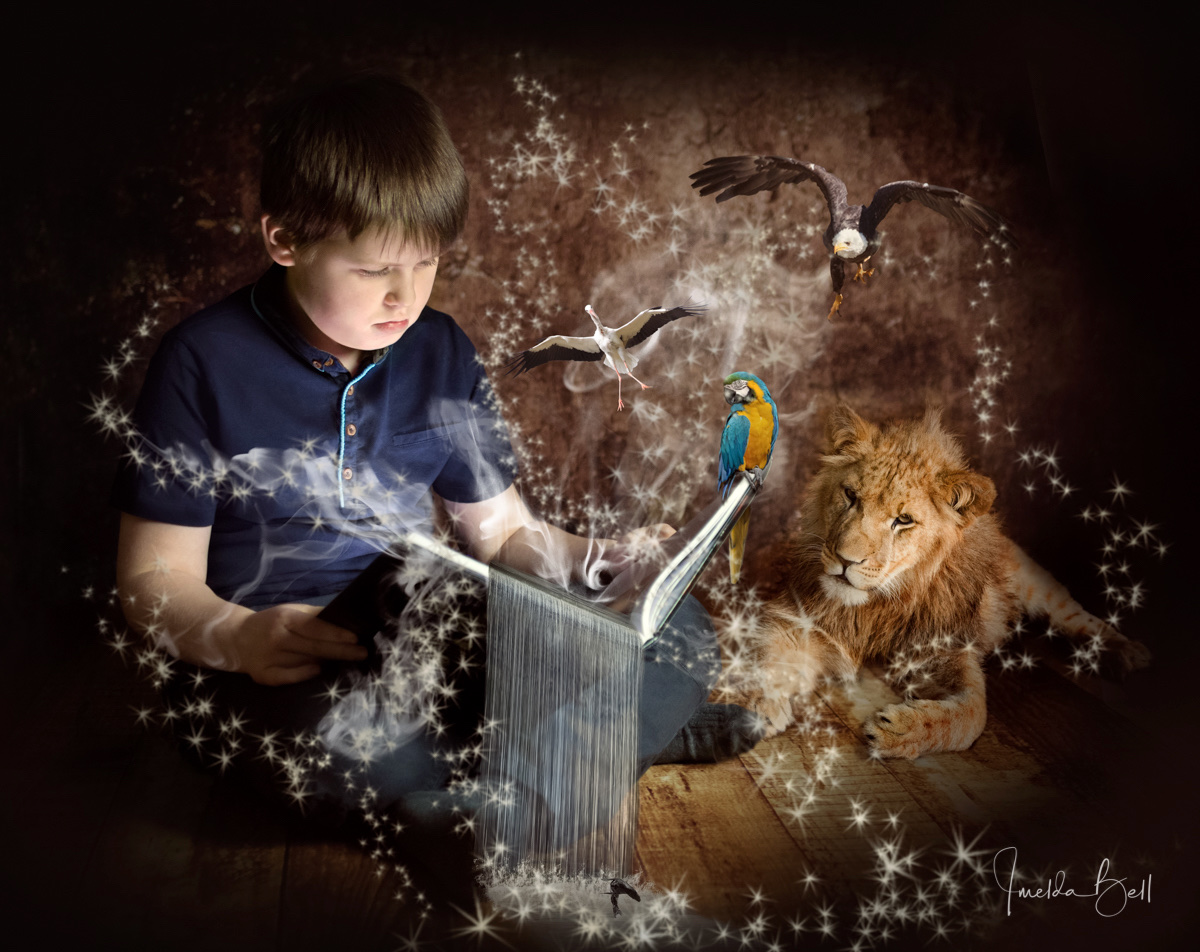 Why  are so many animals endangered?

Why does man feel the need to kill animals? This is not a modern phenomena, it has been going on for thousands of years. The romans slaughter thousands of animals in their “games”. Nine thousand were killed in just one particularly brutal games and the quantity of slaughter in the Colosseum saw the number of lions, jaguars, and tigers plummet across the globe. This Roman “entertainment” devastated the wildlife in the Mediterranean and particularly in North Africa, where elephants and lions were wiped out completely. Thankfully the ancient Greeks had a different attitude to animals, and Aristotle is believed to have written the first book on animal husbandry.

Today, the largest threat to wildlife is poaching. Elephants are hunted for their ivory tusks, which are illegally sold for large sums of money. Tigers for their skin, claws, teeth and bones, and rhinos for their horns, for use in traditional Asian medicine or for the carving of ornate dagger handles. Rhino horns are largely made of keratin, and traditionally is used to treat all sorts of ailments. Keratin is also the main component of finger nails, which would be just as useless in the treatment of illnesses. Education is key to stopping future generations believing in these healing powers of animal parts. All children need to be taught that animals are a precious and important part of our planet and deserve to be cared for and protected. Wildlife numbers are rapidly diminishing. As an example, just after the war, their were over 100,000 black rhino in the wild; that number is now only 3,500. A similar story is seen with African elephants, whose numbers since the war have dwindled from 2 to 3 million to around 600,000. This is the shocking reality we are facing, and unless the whole world works together to educate and conserve our wildlife, this is sadly a story which will continue.

The Aspinall Foundation is one of many foundations worldwide working on increasing endangered populations.

“John Aspinall started his famous animal collection in 1957 when he bought Howletts Wild Animal Park. In 1973 he bought Port Lympne Wild Animal Park to help house the growing groups of animals. Today the two wild animal parks are home to over 1000 animals and 100 different species. The Aspinall Foundation, is the registered charity set up to work with the wild animal parks in Kent who are responsible for the reintroduction and ongoing management in the wild of animals that have been born in Kent. To date The Aspinall Foundation have reintroduced western lowland gorilla, black rhino and przewalski horses born in Kent back into the wild.

How do things work in Wildlife Conservation?

I was lucky enough to have a meeting at Howletts Wild Animal Part with the Animal Director, Neil Spooner, who introduced me to a few of the keepers and had a good chat with me about conservation. I learned a great deal during the time I spent with Neil about how things work in the conservation community.

It is important in wildlife conservation that a large gene pool is maintained, and for this reason zoos and aquariums work together, so that animals are moved around between zoos to give a low inbreeding co-efficiant. This has to be carefully monitored and maintained, so is overseen by the European Association of Zoos and Aquariums (EAZA), with the goals of education, research and conservation by doing the following:

Underneath the the EAZA umbrella is the EEP (The European Endangered Species Programme), which has Taxon Advisory Groups (TAG) for each family group. These groups work out which zoos are suitable for each animal, and where the animals should go to ensure an ongoing healthy gene pool.

In addition to blogging about the animals featured in my composites, I have also decided to create a series of limited edition wildlife images, which will be available to purchase as mounted, signed, fine art prints. All the profits from these images will go to The Aspinall Foundation. Funds are always needed for the ailing running of the parks, as well as in-situ conservation and re-introduction of animals into the wild with projects like the recent introduction of gorillas into the Congo & Gambon.

In my next blog post, I will be show the first of my images and to tell you about my amazing experience chatting to rhino keeper at Howletts, Helen.

Something that has really stuck with me, from my time with Neil is a slogan he told me about that was written on his t-shirt when he first started working, and I will leave you with those words.