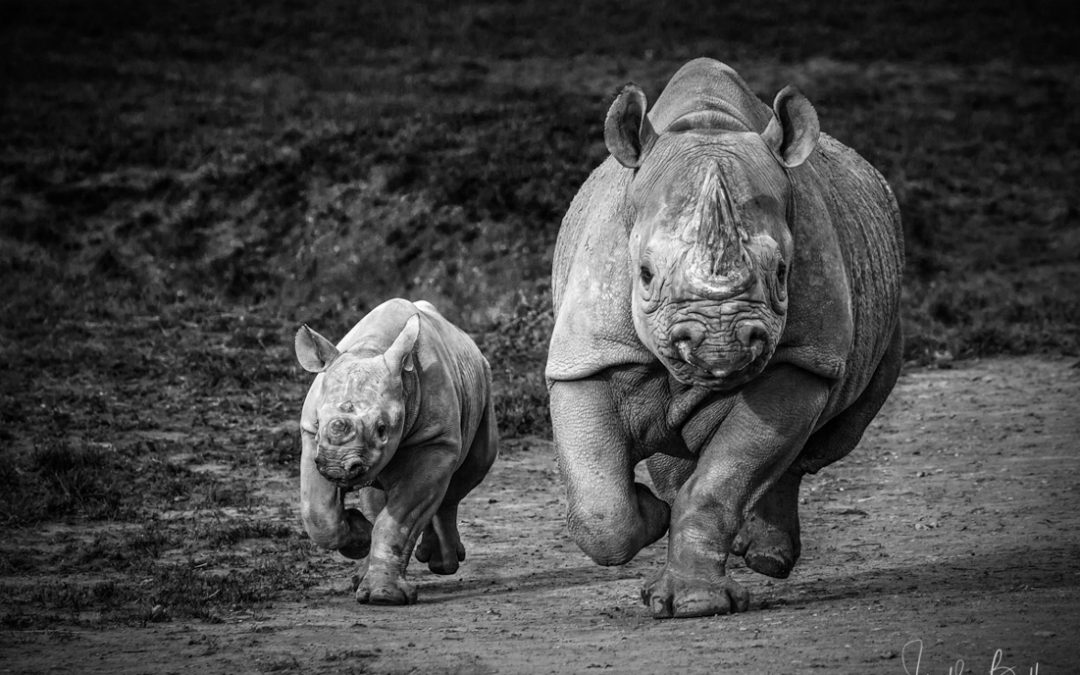 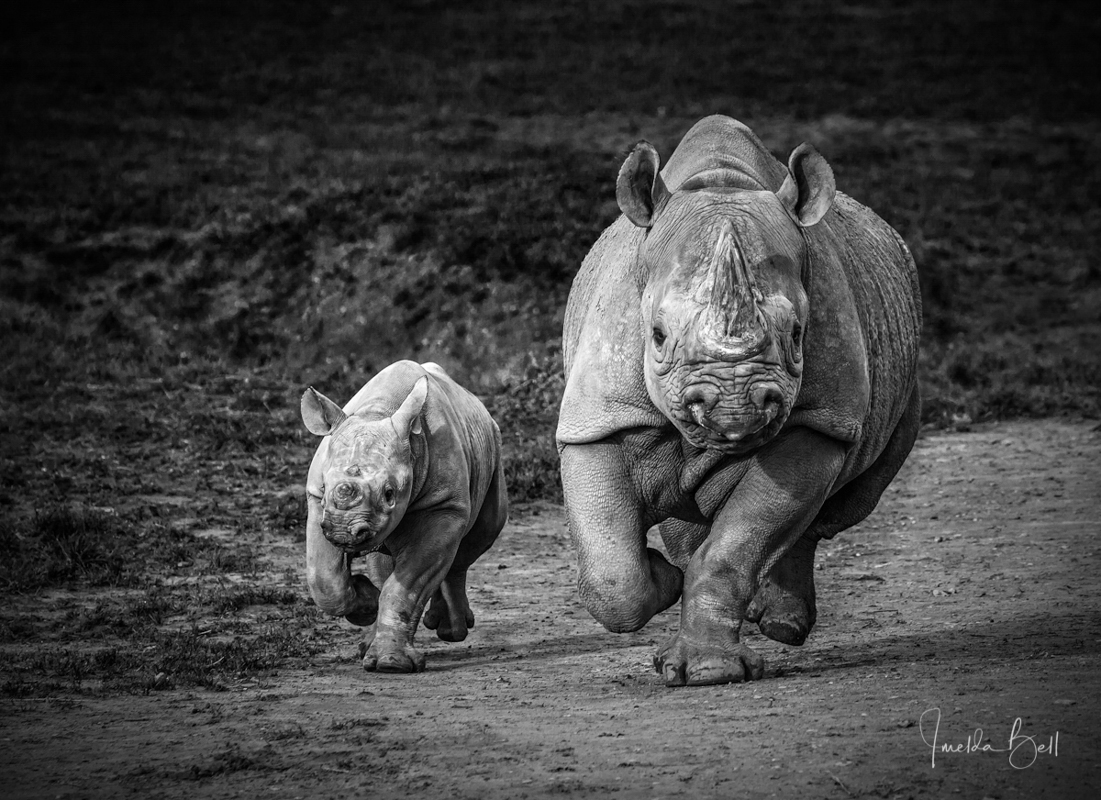 I went along to find out about rhinos, and to get to know the crash at Howletts.

I met with rhino keeper, Helen, who has been looking after the rhinos for over 10 years. 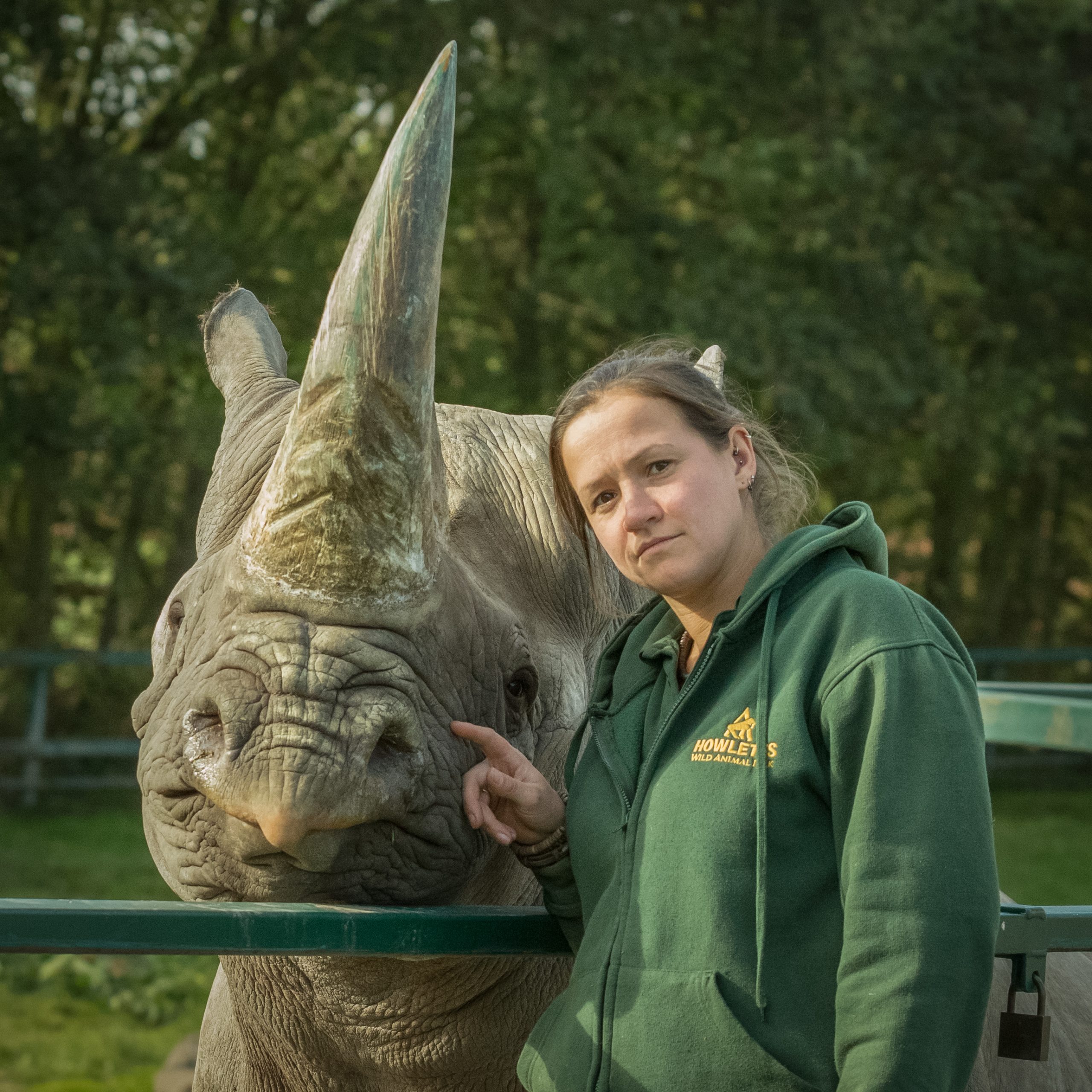 Black rhinos are critically endangered, which means they are at high risk of extinction. As I mentioned in my previous blog post on conservation, their number has dramatically reduced, from about 100,000 post-war to only around 3,500 today. This is a devastating loss, and wildlife foundations are working hard to reverse the decline in their numbers.

The Aspinall Foundation has the largest herd (or crash as it it correctly termed) of breeding black rhino in the UK between its two parks, Howletts & Port Lympne. Breeding in captivity is vital to help prevent this amazing animal from becoming extinct, and the oestrous cycle of the animals is carefully monitored by faecal testing of hormone levels. A rhino is sexually mature by around 7 or 8 years old and will come into oestrous roughly every 28 – 30 days. At this time, the male will be introduced to the female in the hopes that nature will take its course and the pitter patter of tiny rhino feet will follow.

There are currently 4 black rhinos at Howletts; one mature bull called Zambezi, 2 mature females, Damara and Salome, and baby boy, Kasungu, who can been seen sticking close to his mother Damara’s side at all times. They all have distinct characters and personalities, and Helen told me a bit about each one as she showed me round the rhino house.

Salome has just celebrated her 16th birthday, and she has been at Howletts for the past 10 years. She loves people and is the most amazing and gentle rhino, who is very affectionate towards people. I was lucky enough to get to meet her properly, and give her a rub. She came up to the fence and presented herself with her leg sticking out, to expose the spot she loves having rubbed. She couldn’t enough of the attention, and even relaxed so much that she lay down to enjoy a chilled out rub. It reminded me of a puppy rolling over to have it’s tummy tickled. It was an amazing experience meeting her. She was covered in mud, but the skin on her mouth, behind her ears and in her favourite rubbing spot is really soft. I feel blessed to have been allowed to touch such a magnificent creature. Below is an images of me meeting Salome . 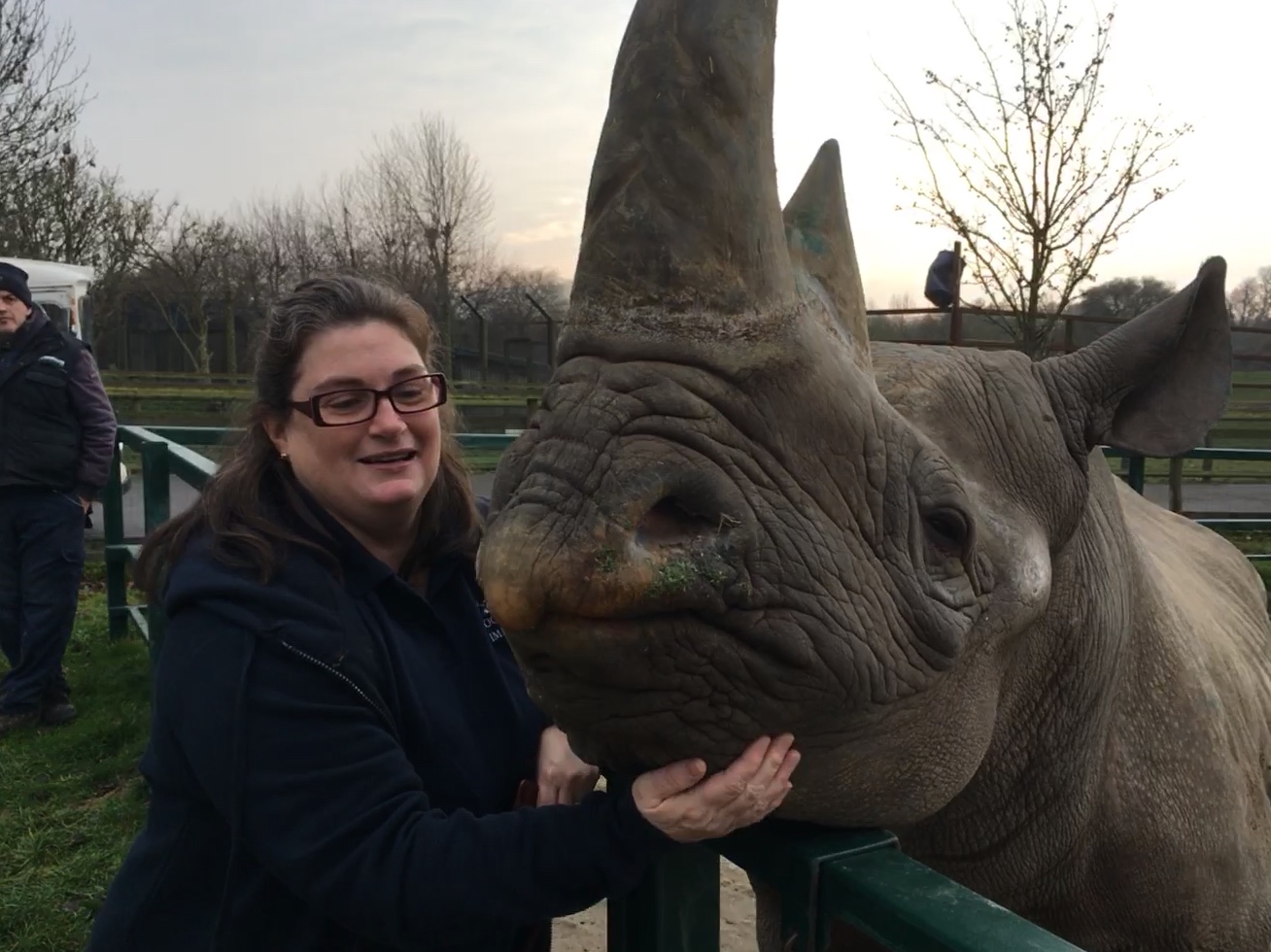