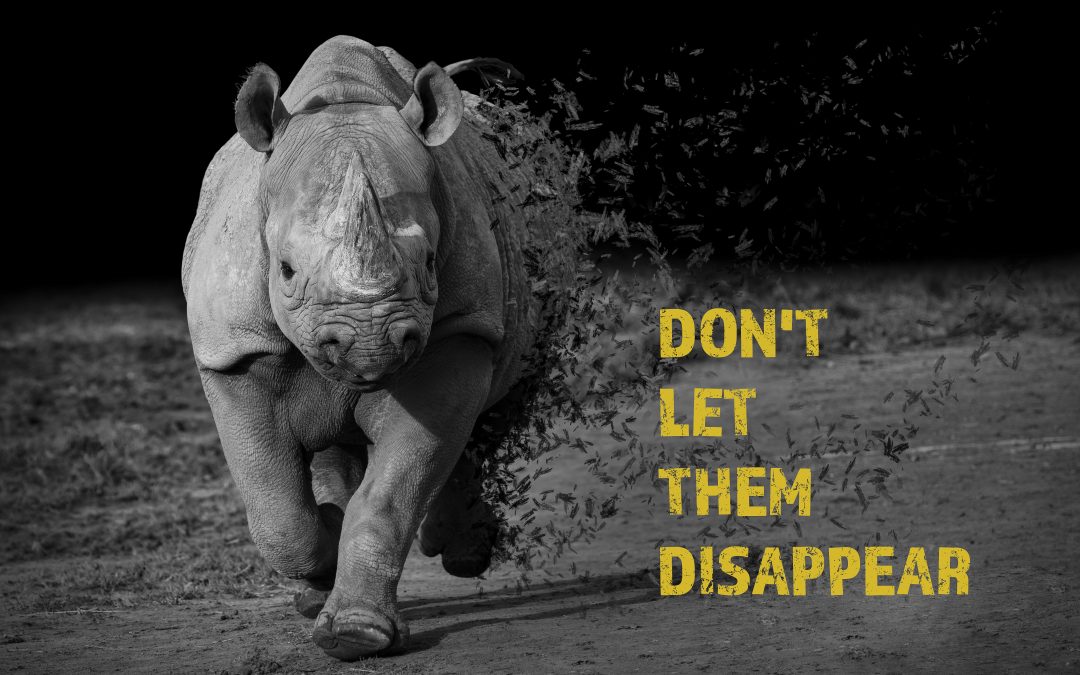 Book about rhino conservation for children

I am a child of Africa, having been born in Cape Town and although I have lived in England for most of my adult life, a piece of my heart remains on that beautiful continent. Childhood holidays consisted of exploring the bush, bird watching and trips to nature and game reserves. I have such fond memories of being in the car, frantically looking out of the windows to spot game. My favourites were always rhinos, elephants and hippos, although I also loved giraffe, zebra and all the big cats. I wish I had been into photography back then, as I would have more photos of these trips to remember them by.

I recall sitting at Oliphants Camp in the Kruger National Park and looking out over the wilderness and the river stretching out in front of me. I could sit for hours just staring at the view and looking for wildlife with my binoculars. I watched as a huge herd of elephant crossed the river, when suddenly, a tiny baby slipped and fell and couldn’t get back up. Immediately another elephant rushed to grab the baby and wrapped it’s truck around the little elephant, helping it gently to it’s feet. I was struck by the caring nature of these giant creatures and how much they looked after and valued their family. It showed me that elephants are intelligent and emotional beings and I felt very sad that anyone could kill them for their tusks.

At school, biology was my favourite subject and I loved film and imagery. I was really excited when the Film School I attended after school arranged a trip to the Okavango. We were each to research an animal and make a short film about them when we got to Botswana. The films would then be complied to form a longer film about animals. When I said that being a wildlife cameraman was something I would love to do as a career, I was told that a woman couldn’t do that job, as I was far to small to carry all the heavy equipment. I was very disheartened and then, with our sponsorship pulled, as the sponsor was in financial difficulty, the whole trip was cancelled and along with it, my dream disintegrated.

It wasn’t until I had children and started to visit zoos with them that I rekindled my love of wildlife. Lots of people are against zoos, but they are now very different from the menageries they were when I was a child, and many now concentrate on breeding programs and re-wilding animals which are endangered. As my children grew up, I continued to visit the zoos, particularly the Aspinall Foundation‘s Howletts and Port Lympne. Eventually I asked if I could chat to some people for a blog post and that is when I met Salome, the Eastern Black Rhino. Meeting her was amazing and I felt drawn to rhinos as a species and wanted to do something to help protect them. The only thing I had was my photography and photoshop skills, so I would create images to raise awareness and send anti poaching messages. It was through one of my images that fate led me to be contacted by Rhino Revolution UK .

I had been very lax with social media, etc, having been diagnosed with breast cancer in 2018 and going through surgery, chemotherapy and all sorts of other treatment. (I am still having treatment, but I am happy to say I am cancer free). One evening I was sitting with my husband, watching David Attenborough’s ‘A Life on our Planet’ and I turned to him and said that I really needed to get back to my conservation efforts and to do something that would help to make a difference to the planet and its’ wildlife and that this would give me purpose and make me feel worthwhile. The very next day, I received an email from Rhino Revolution UK asking for permission to use one of my rhino images. Of course, I said yes and I offered to do whatever I could to help. It was as if the universe had heard me and fate intervened. Suddenly I felt like I had purpose again, as I helped where I could with my graphic design, photography, photoshop and generally creative skills.  It just shows that with conservation, you don’t need to have a degree or scientific background, all skills can be put to use to help in the effort to save wildlife and our planet. I have now done some of the free National Geographic online conservation courses to increase my knowledge, which has been a great way to use my time during lockdown.

Having written children’s stories, Rhino Revolution UK then asked if I would write one for them about their work, which is how my books about Mhelembe came to be.

A lot of thought and planning went into research for the story, and Mhelembe was originally called Umkombe, which means white rhino in Xhosa, but this is not commonly used in the region where the story is based, so we felt it needed to be changed. Mhelembe means black rhino (even though my rhino in the story is a white rhino) in Shangaan or Tsonga but is used by people local to the reserves in the Limpopo region of South Africa for all rhinos. I also wanted the children’s names to have meaning and to be able to be combined to form a new name for the rhino. Themba means ‘trust, hope and faith’ which I felt was suitable, as animals have to put their trust in us to find a solution as we hope for a future where rhinos are no longer hunted for their horns. Ulwazi means ‘the one with knowledge’ which fits her personality, as she like to learn about everything around her.

I collaborated with Rhino Revolution in South Africa to get the facts right, and combined that with my personal experience of rhinos in captivity. As well as telling the story about what happens when an orphan rhino is found; from rescue to rehabilitation and then release, we also wanted to explore African traditions and beliefs, particularly the idea of totems or spirit animals. Traditionally, people were very close to nature and families had a totem which they believed watched over them and protected them, so they in turn had to look out for that animal on earth. I hope that this will get children talking and asking about their family totem, or imagining what their totem could be and therefore encourage them to think more about plants and animals around them and rekindle a love for nature.

I wrote the story and then messages flew back and forth to get photos of various things I needed to see to be able to include them in the illustrations, such as the bus which is used as part of community outreach. Eventually I had everything to create the final version of the book, ‘Mhelembe, the Rhino Totem’.

My previous children’s books had all been written in rhyme, so I wanted to create something following the same storyline, but simplified and in rhyme for younger children. I hope this will plant the seeds of conservation and learning in younger children and encourage them to learn more as they grow up.  This became ‘Mhelembe, a Rhino Tale’ which sends the same message and uses the same illustrations, but with a fun added extra, where children have to find the pangolin hidden on each page. I remember working with young children years ago and seeing the delight on their faces as they found something in an image, so I wanted this added dimension to the book, which I believe is both educational and fun to read.

It has been very fulfilling creating these books and I am very excited about the thought of touching children’s lives and telling them about these wonderful prehistoric creatures. It makes me incredibly sad if I think about losing more animals though extinction and I hope that through these books I will make a small difference to a few people by reaching kids, who are our future and the people that will inherit the planet.

Below is an extract of “Mhelembe, the Rhino Totem’

The books are available to purchase at Rhino Revolution UK or worldwide through online booksellers.